Home > General Pets > Should You Breed From a Rescue Pet?

Should You Breed From a Rescue Pet? 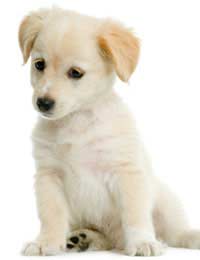 Animal rescue centres and welfare organisations have many unwanted animals looking for a home. Many centres and shelters neuter animals before they are rehomed.

This helps to reduce the numbers of unwanted pets that they receive for rehoming every year. There are times, however, when a rescue animal has not been neutered. This might be because the animal is too young or has a health problem, or because some rescue organisations have less strict policies and the onus may be on the family to neuter the pet after it has been adopted. In some cases, the rescue centre may give a family a voucher to use to get the pet neutered within a certain period of time.

Reasons for Not Breeding From Rescue Animals

Some people may be tempted to breed from an adopted pet without thinking through the implications and this is irresponsible as well as probably being in contravention of their pet adoption agreement. The are many reasons that may lead to owners wanting to breed from a rescue pet, such as giving their children the experience of kittens or puppies, or in the hope of reproducing some of the personality traits of a much loved rescue pet. People should never, however, breed from a rescue pet. There are many reasons why pets from rescue centres should not be bred from. These include:

If a pet is not already neutered when it is adopted, then this is one of the first things that must be done. The rescue centre can offer help and advice about neutering and explain the different options available. As well as ensuring that a pet cannot reproduce, neutering also often produces a better tempered pet who is likely to stray.